Please pray with us for healing for Samantha.  Her brother is in Olievenhoutbosch Christian School, and the tragedy is really disrupting their lives.  Sylvia is a single mum and spending most of her time in hospital with Samantha.

LITTLE Samantha Matjila (2) may never walk properly again.
A big concrete water pipe fell on her while she was playing at her home in extension 24, Olivenhoutbosch, north of Joburg.
Her mother, Sylvia (34), said the contractor, Patrick Makgoka Construction CC, was negligent and that the site manager, Mpho Shokane, refused to take responsibility for the injury.
Sylvia said her yard was on a steep slope.
“We don’t have a gate and they left the pipe on higher ground in front of my yard,
“The stone used to stop the pipe rolling wasn’t strong enough,” she said.
Samantha was playing in the yard on the evening of 15 May.
“I was chatting to my neighbour when I saw the pipe rolling towards my child,” she said.
I tried to save her but the the pipe rolled on the child,” she said.
Her neighbour got the pipe off the child. Samantha was rushed to Kalafong Hospital .She’s still in hospital with a broken thigh.
Makgoka said he was never told about the incident. After speaking to Shokane, he said children had moved the pipes.
“They removed stones that were balancing the pipes, so the pipe rolled down,” he said.
He said he would meet the family to resolve the matter.

By: TEBOGO THAMAGE
Photo: Tebogo Thamage
Posted by Unknown at 3:38 AM No comments:

Mark Brown, a renowned motivational speaker from the United States, visited Olievenhoutbosch Christian School on Wednesday, 29 May.  What a privilege to   hear this inspirational man speak to our kids about bullying among the youth!
Posted by Unknown at 3:04 AM No comments:

News and Prayer requests: May 2013 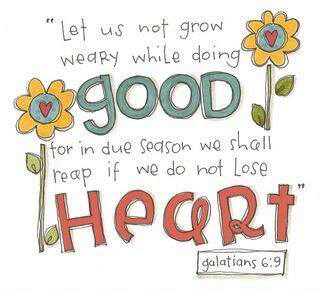 *  Thank you for the wonderful opportunity to play sports against Zwartkop Centurion School.  What a lovely day all the kids had and congratulations to the netball girls who won.  We thank the Lord as well for enthusiastic and dedicated teachers who spend hours training the boys and girls for soccer and netball. 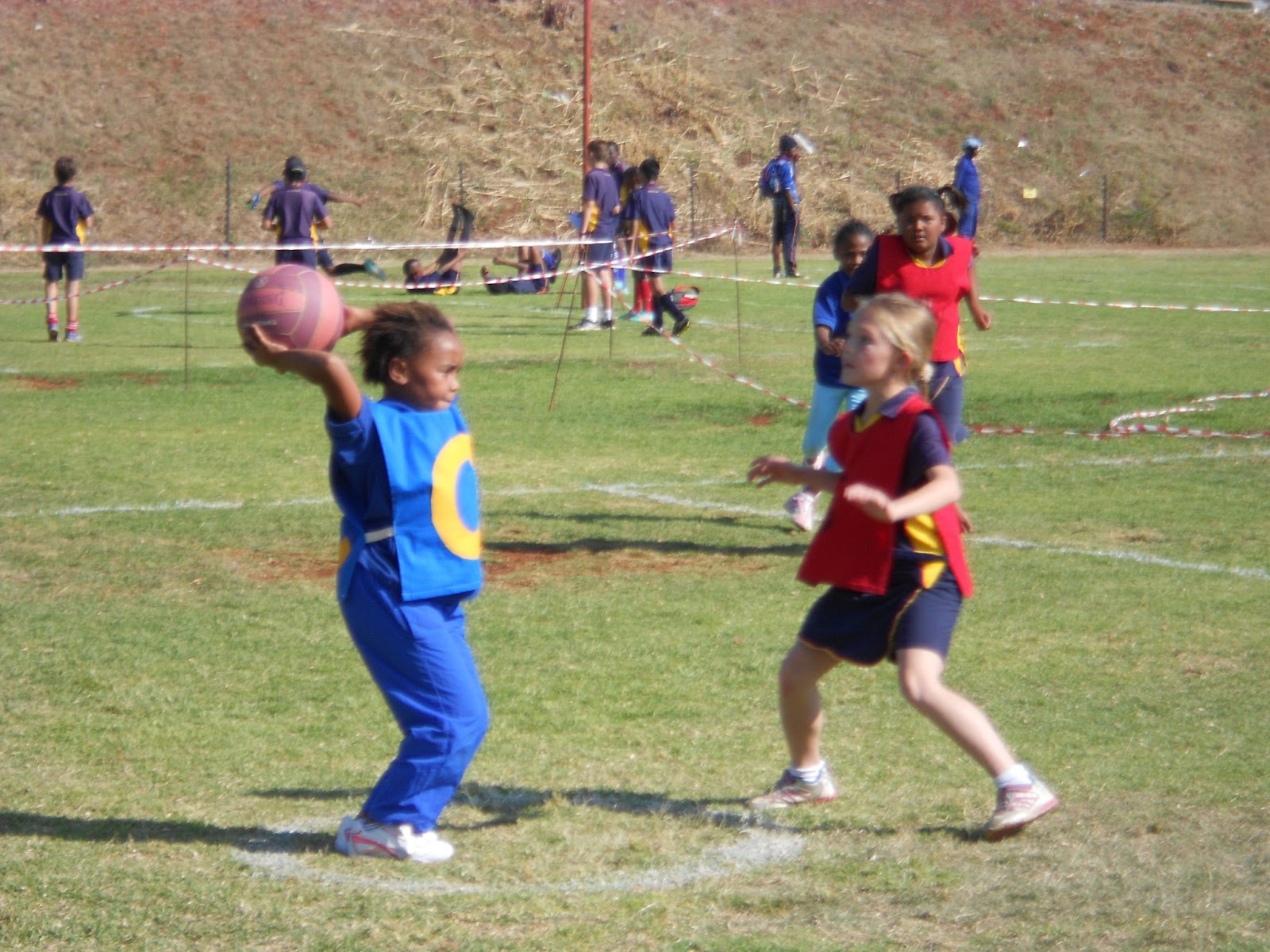 *  We want to sincerely thank our Lord Jesus for providing food and clothes for the poor families during the month of May.  Thank you for the generous hearts of His servants and for extending His love to the Olievenhoutbosch community. 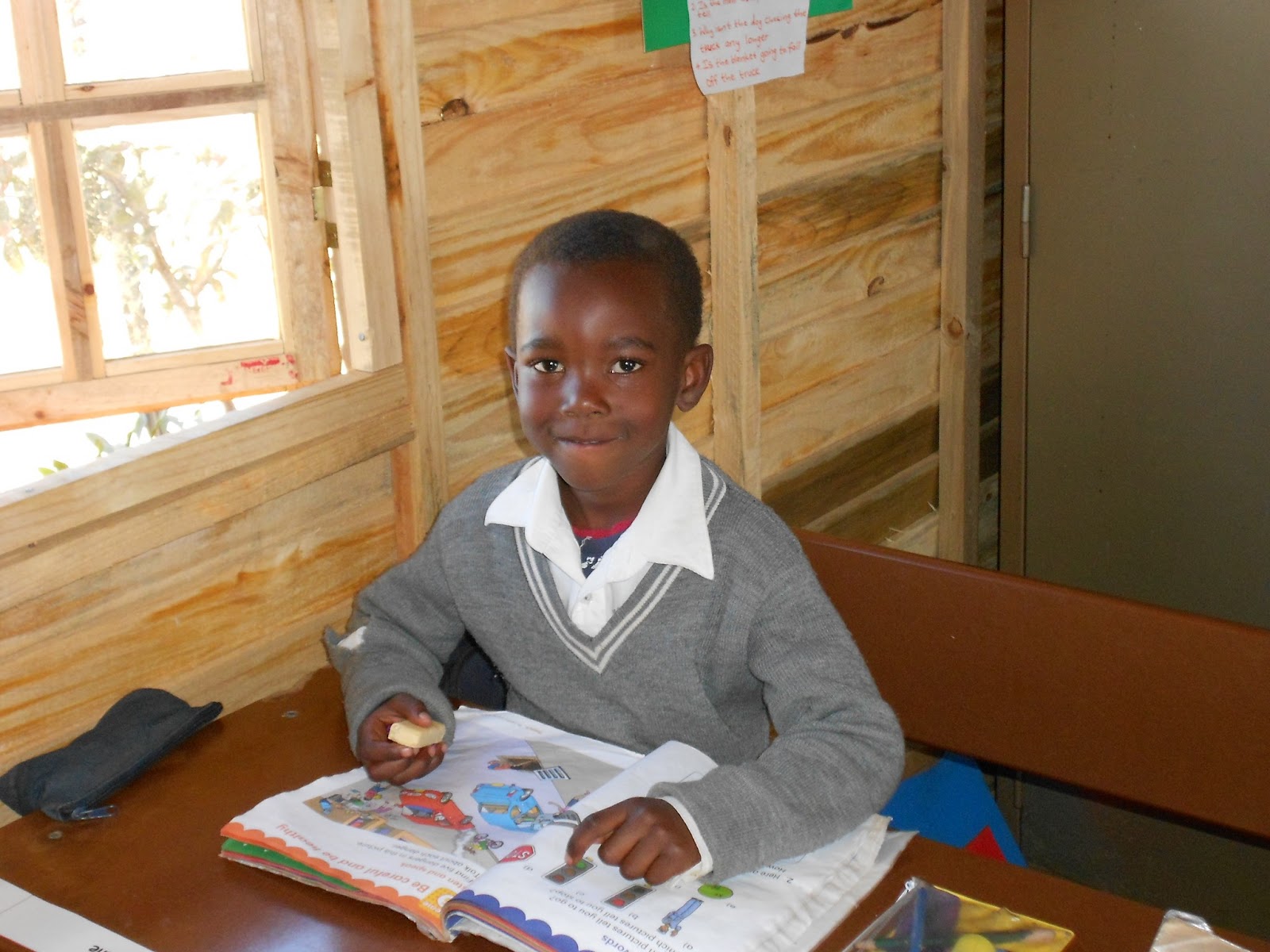 *  Please pray for our Parent's day on Saturday, 1 June.  We have some wonderful speakers coming, especially focusing on Child Protection Week.  Please pray that it will be a fruitful day for all involved.

*  Please pray for the planning of our Holiday Program and also for all the resources (food, stationery, toys etc.) needed to make it really special for the kids.

*  Please keep on praying for the safety and protection of each and every child, parent, teacher and volunteer worker at school.  Please pray for the presence of our Lord Jesus Christ to be with us every day, to guide and lead us, and to be a light in Olievenhoutbosch. 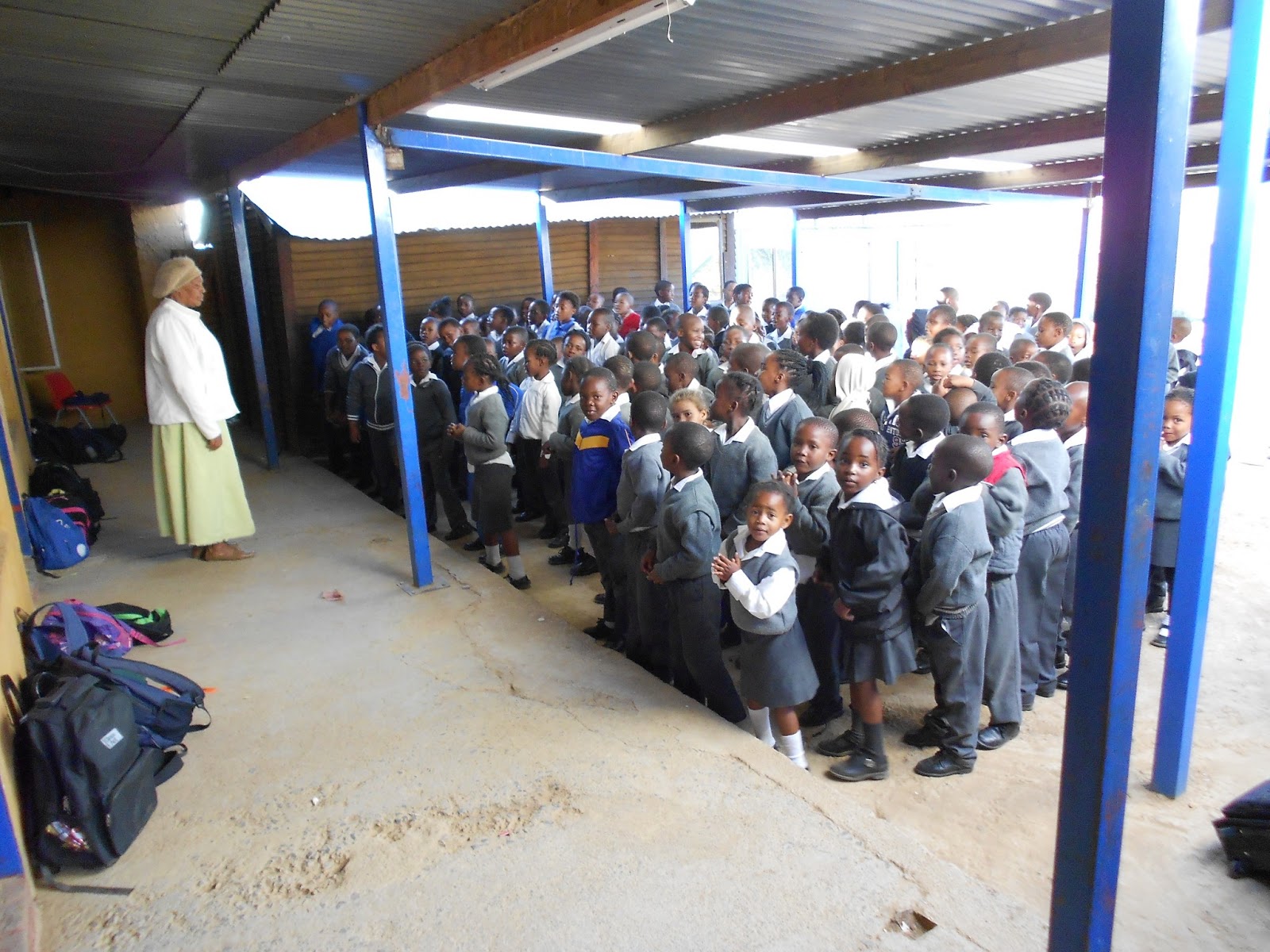 Posted by Unknown at 2:30 AM No comments:

Thank you, Lord Jesus, for your servant who donated new jerseys and warm jackets to some of our kiddies!

Posted by Unknown at 1:34 AM No comments:

Email ThisBlogThis!Share to TwitterShare to FacebookShare to Pinterest
Vegetable gardens at school for the old age people in the community :-) 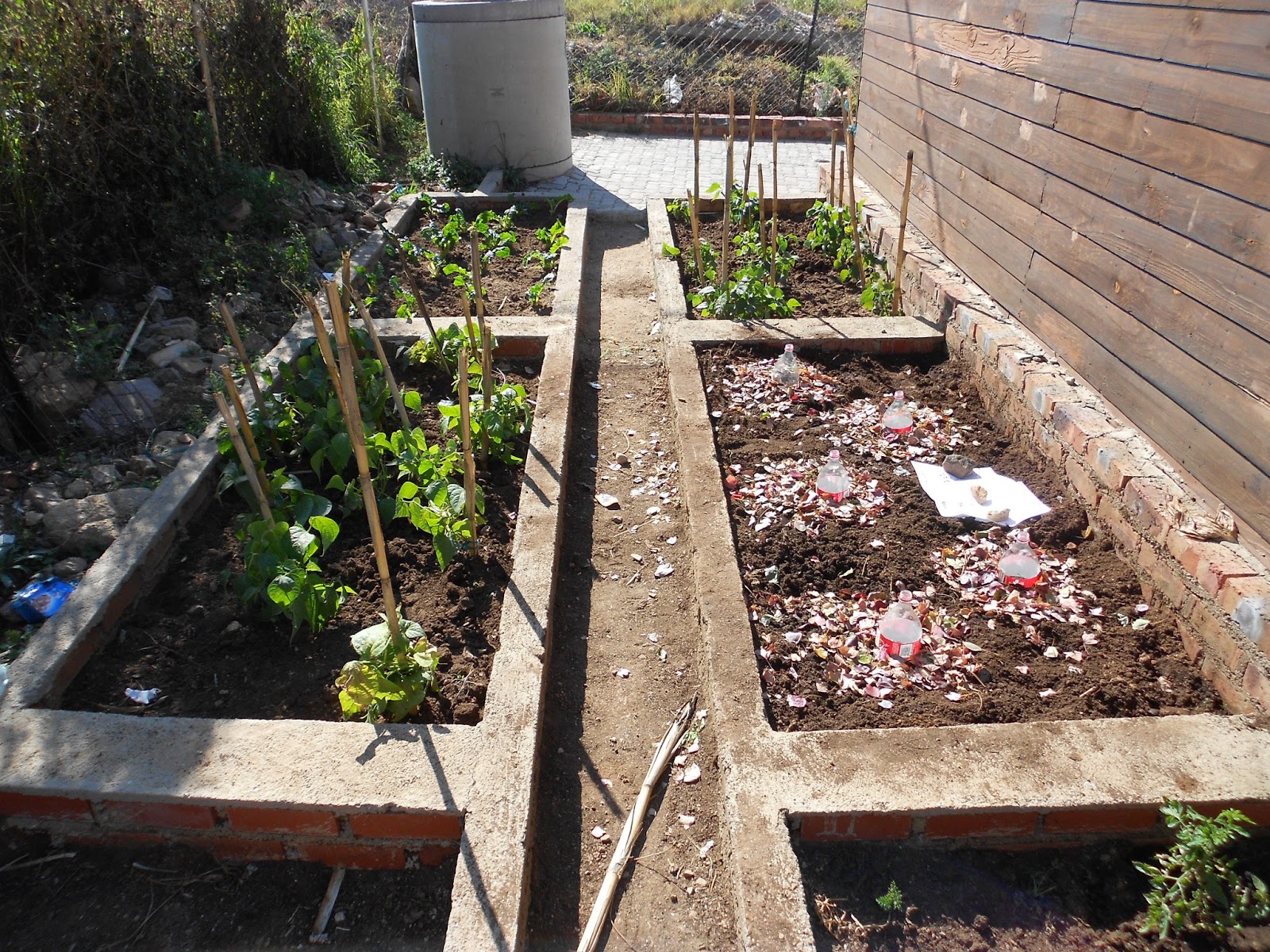 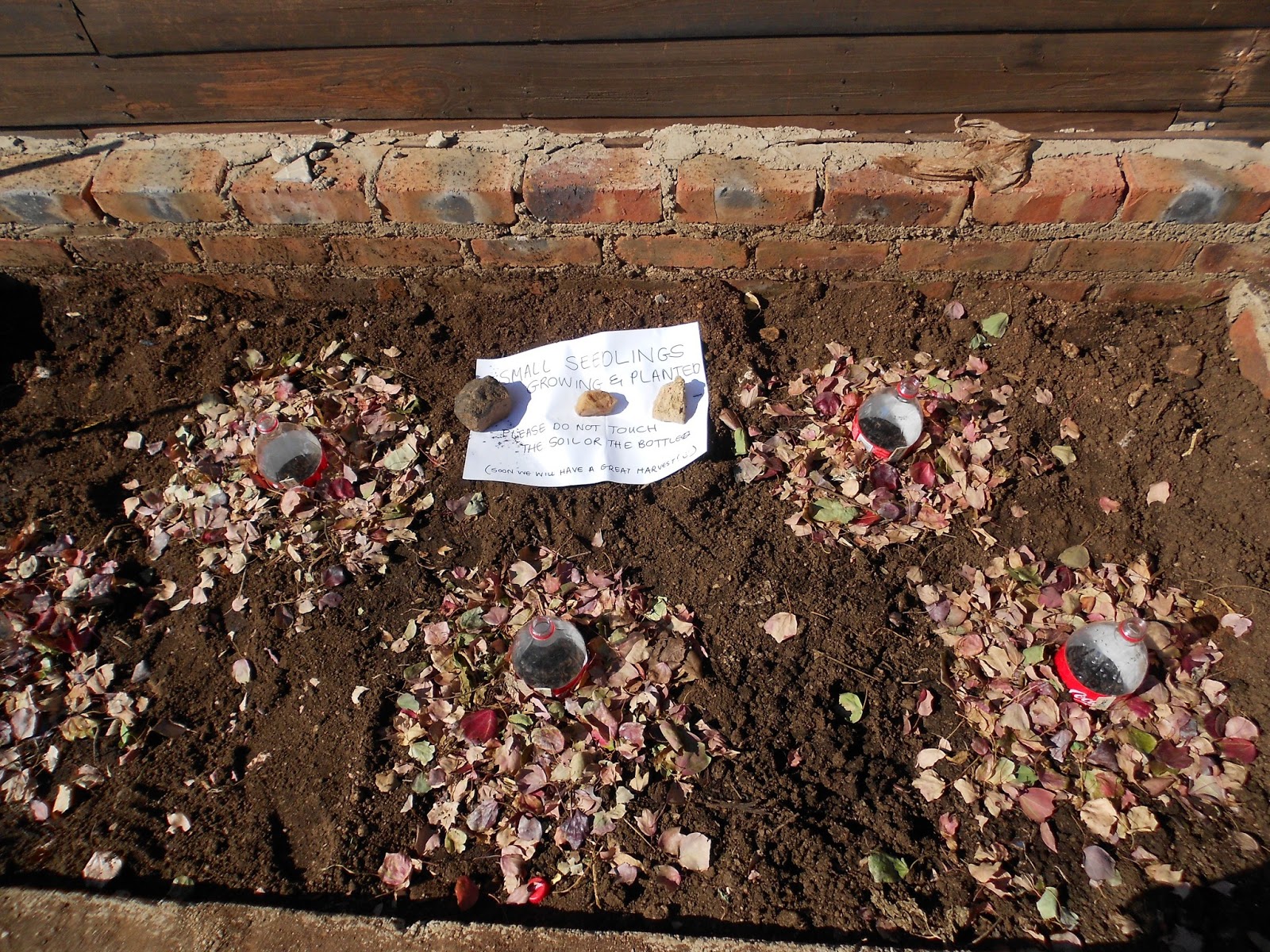 Posted by Unknown at 1:21 AM No comments:

We are very proud of our boys and girls! You gave it your best.  Congratulations to the netball girls who won their game. 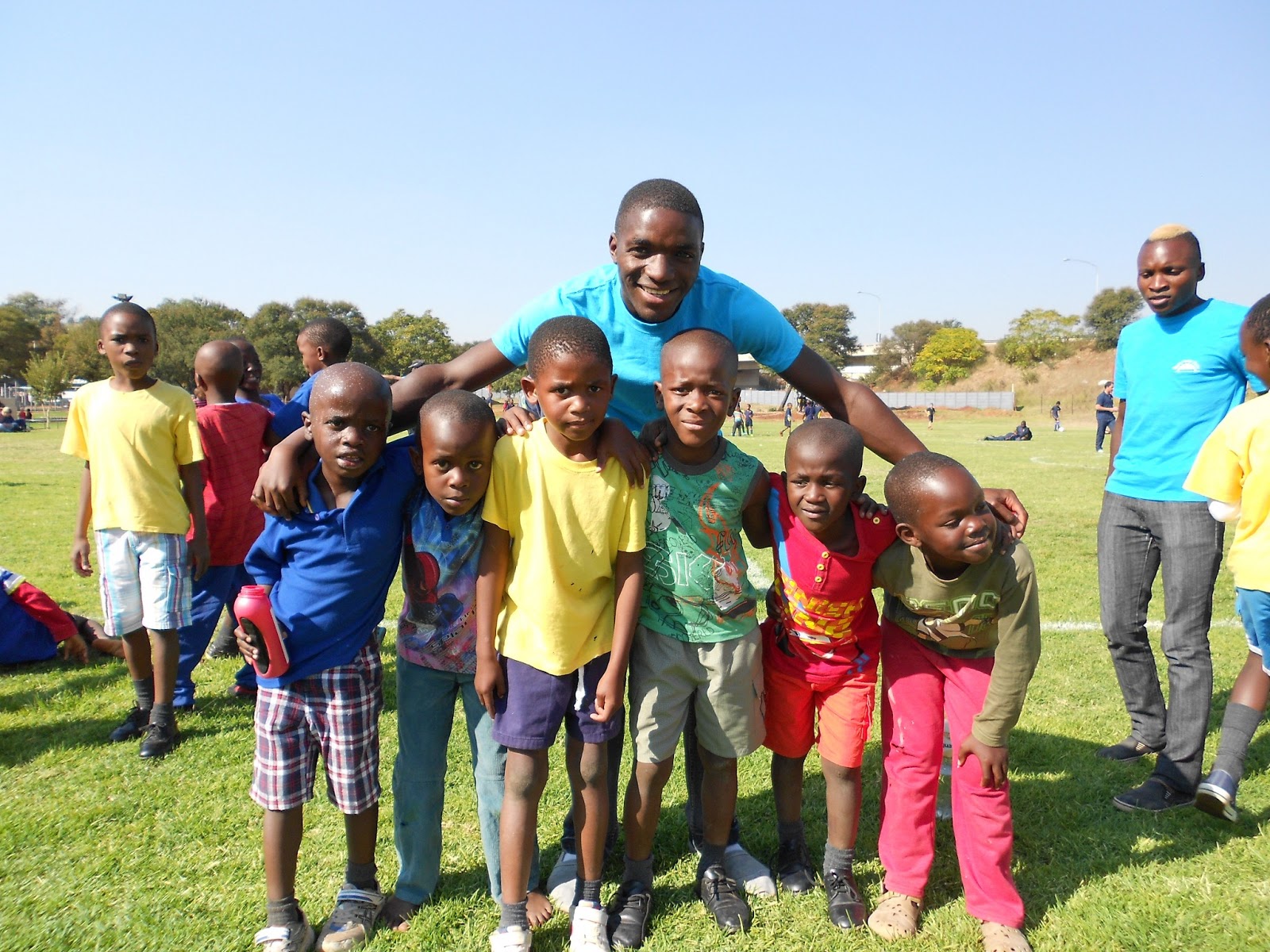 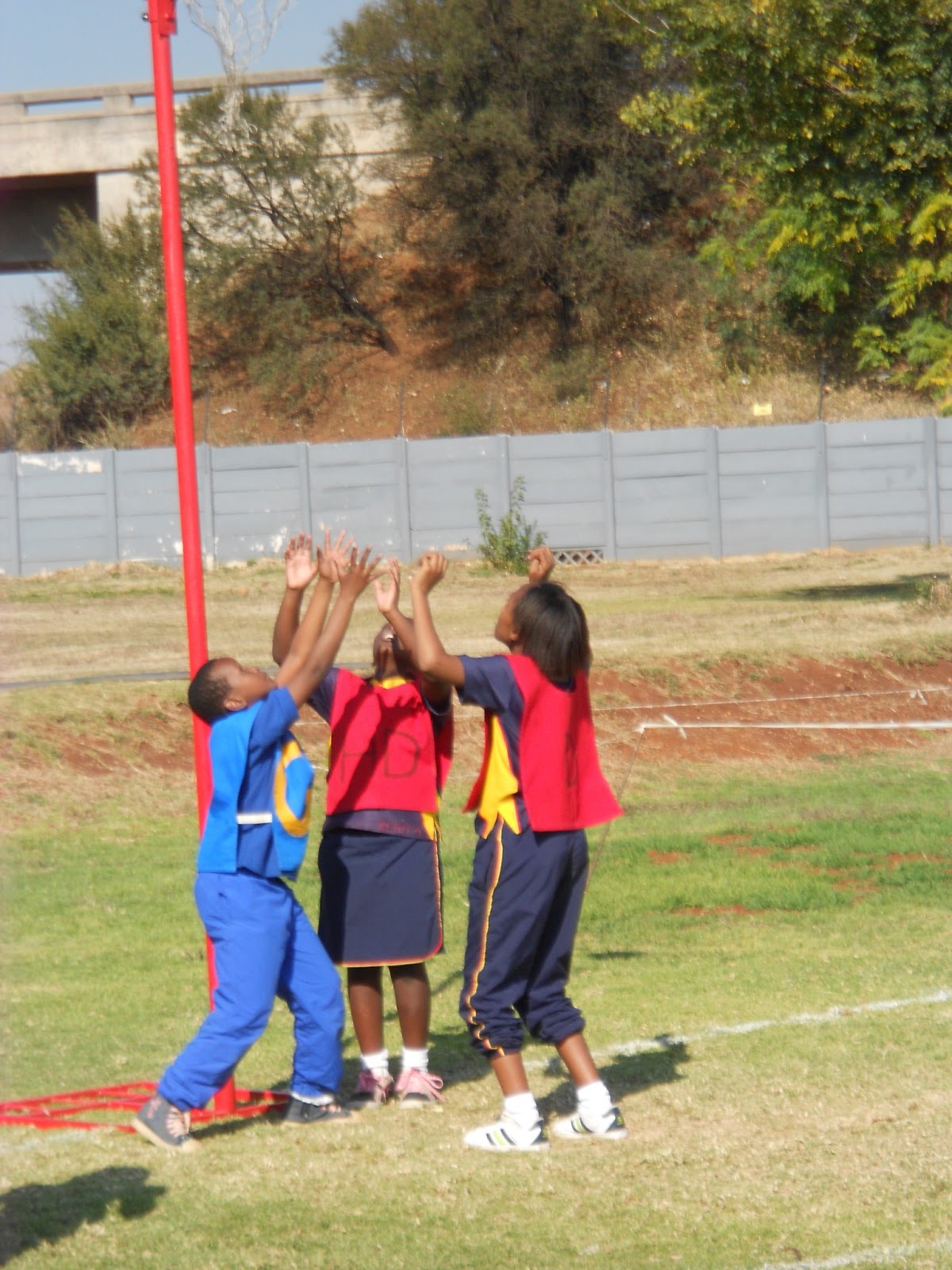 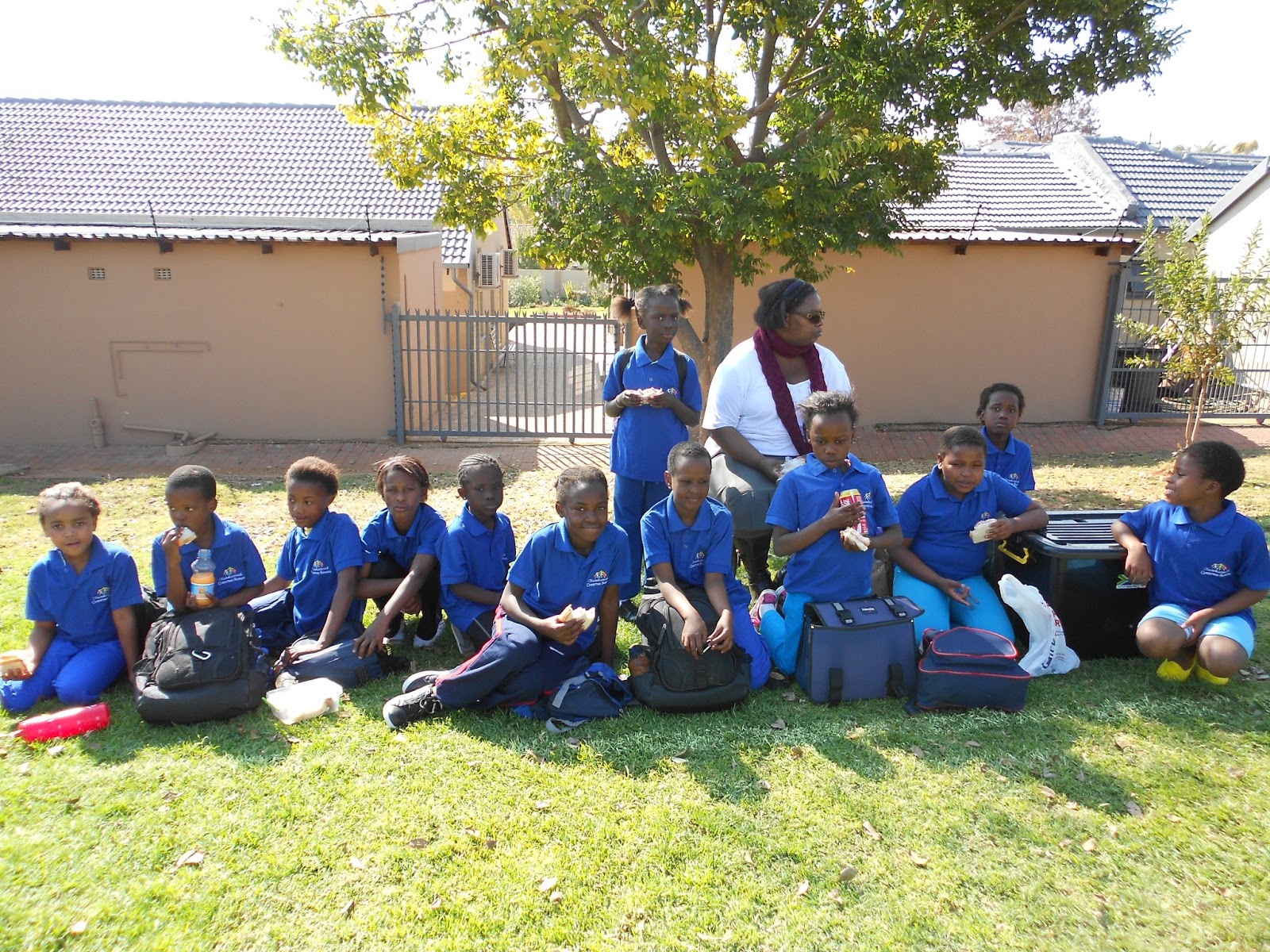 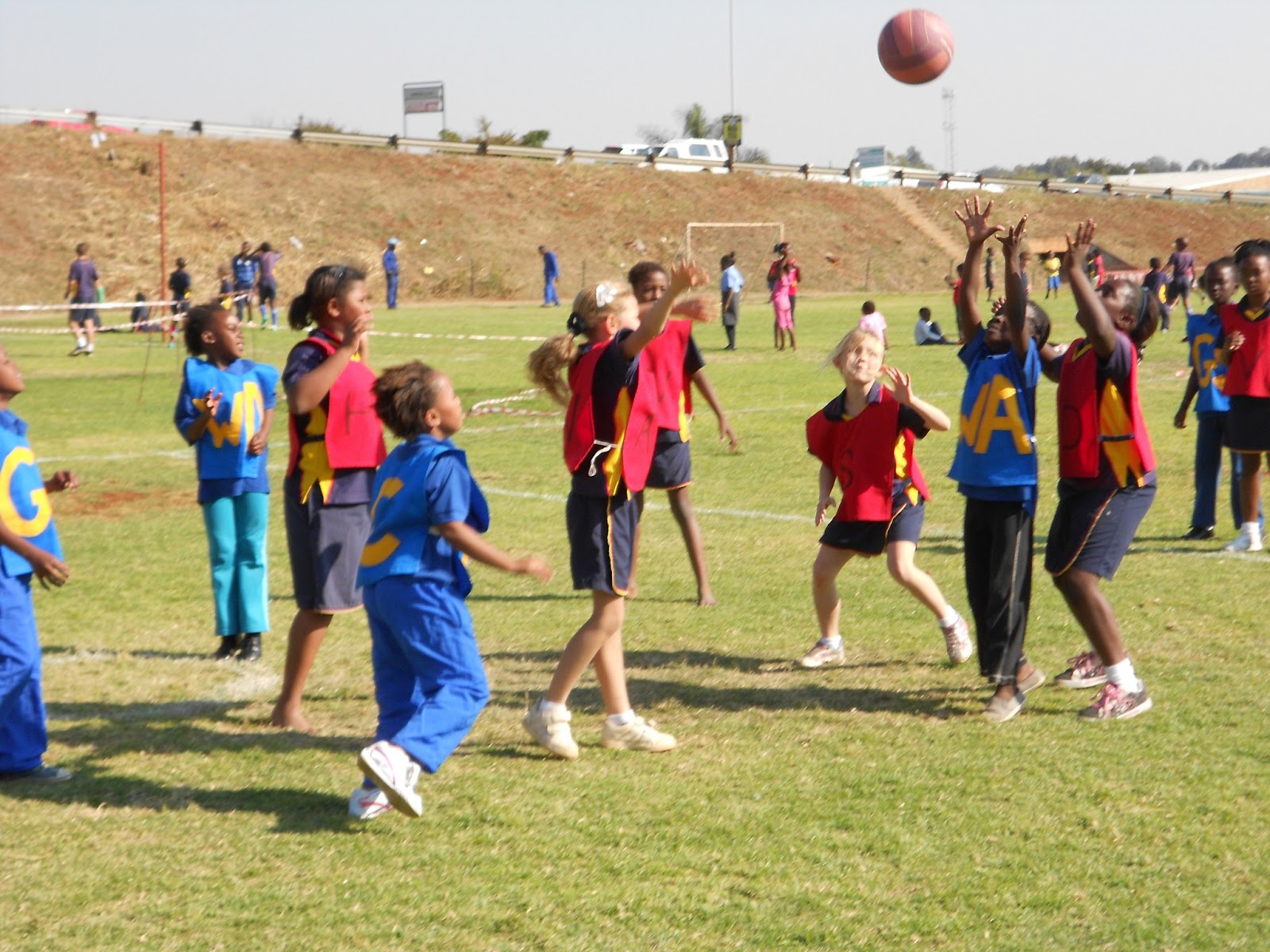 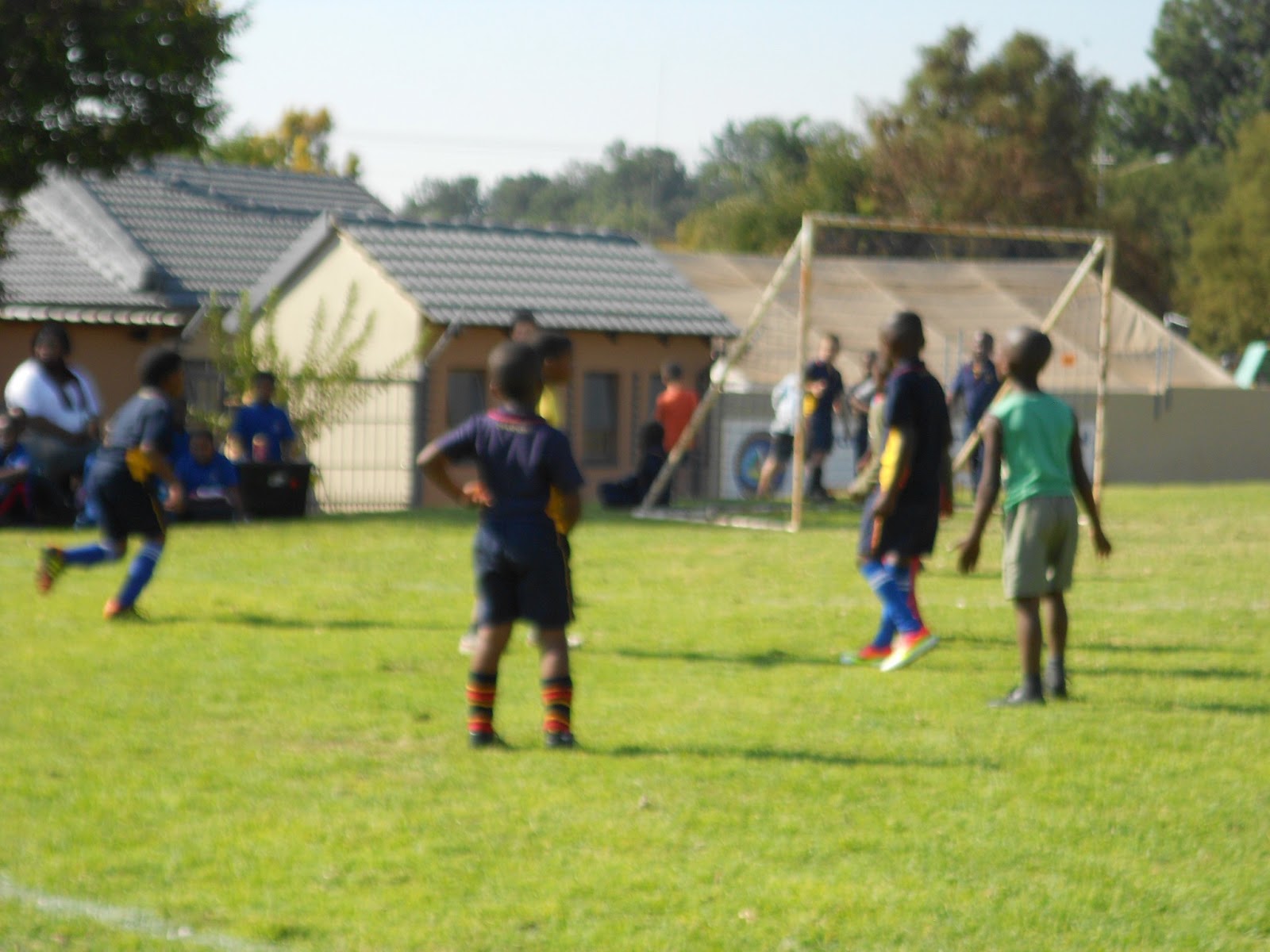 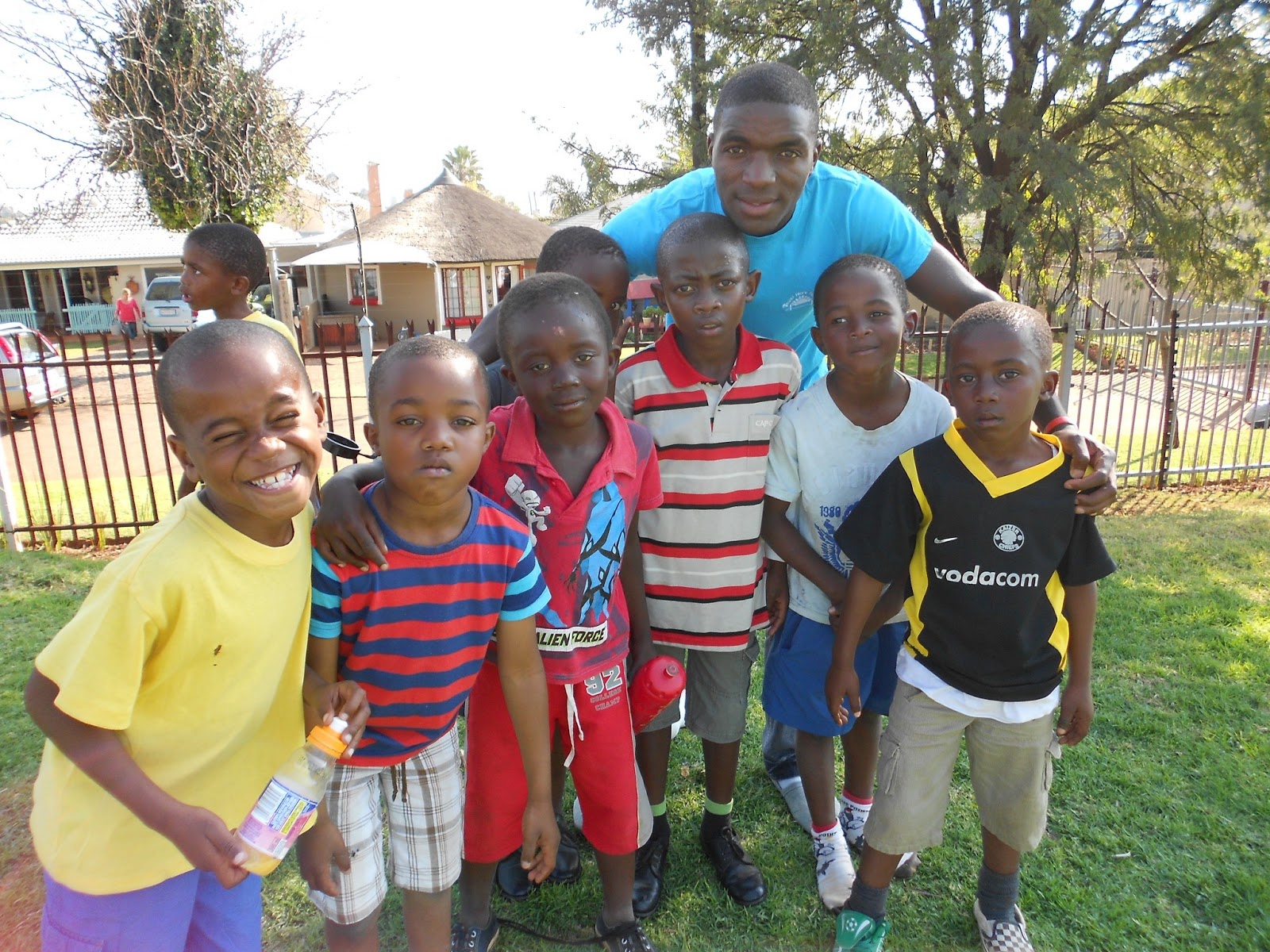 Thank you to SASOL for donating goodie bags and soccer balls to Olievenhoutbosch Christian School!  Your generosity is much appreciated.

Posted by Unknown at 2:13 AM No comments:

Here are a few of our kiddies with their weekly food parcels.  Thank you to the generosity of God's servants who donated food to Olievenhoutbosch Christian School.